he Bribir hilltop has been a focal interest in Croatian archaeology since the end of the 19th century. The first expressed intentions to investigate the site go back as far as 1895, when, in the first issue of Old Croatian Education, Lujo Marun announced that “the Society has started negotiations to undertake excavations on the ruins of Bribir, by Skradin, where among other things the graves of the celebrated Šubići might be found”. The society in question was the Croatian Antiquarian Society, founded in Knin in 1887, from which some years later, in 1893, the first Museum of Croatian Antiquities derived. The basic aims of both Society and Museum are those expressed by their very names. It is therefore logical that, at the very beginning, the site of Bribir should have come within the purview of their interests. The abundant information gathered previously about the site, the obvious quality of the archaeological strata and the occasional finds of valuable monuments, along with the national enthusiasm that characterised archaeological research at the end of the 19th century explain why Lujo Marun saw in Bribir a “Croatian Troy”.

Marun started his excavations at Bribir in 1910. Drawing on his field experience, he quite logically started the works in areas where he expected the fortress walls to stretch. He carried out the first digs on the southern edge of the Glavica plateau, at the place where he intended to build quarters for the accommodation of the crew as well as for the storage of the antiquities that would be dug up in the meantime. The house was indeed constructed in 1912, but the planned excavations did not attain any longevity, for they were interrupted by World War I. And because of the adverse social, political and international context, the excavations could not even be implemented in the interwar period.

In the years following World War II, particularly after 1960, the excavations were taken over in a wider scope by Stjepan Gunjača, the then director of the Museum of Croatian Archaeological Monuments, which in the meantime had been moved from Knin, via Sinj, to Split. Gunjača, along with the various other specialists, such as Mate Suić and Šime Batović from the Archaeological Museum in Zadar or Josip Korošec from the Faculty of Arts in Ljubljana, continued the fieldwork almost uninterruptedly until his retirement, in 1977. It is during these years that a large part of the Dol area, including the monastery and St Mary’s church, was systematically explored and conserved, and a considerable section of the ramparts was excavated and restored. Together with rescue excavations on a smaller scale at various points around Glavica, these field operations allowed the first topographical overview of the site to emerge.

From 1980 on, the archaeological fieldwork on Bribirska Glavica was joined by the Šibenik City Museum, but during the 1980s and until 1995, fieldwork operations remained limited and occasional due to political conditions, particularly to the Croatian War of Independence.

In 2014, the extensive archaeological excavation of the Bribir hilltop was taken over by the Varvaria-Breberium-Bribir Archaeological Project, a joint venture between the Museum of Croatian Archaeological Monuments of Split, Macquarie University of Sydney, the MF Norwegian School of Theology, the Study of Religion and Society of Oslo and the Šibenik City Museum. 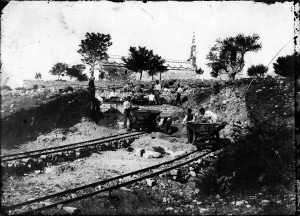 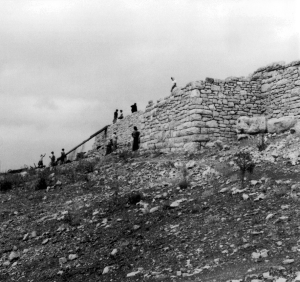 Restoration of the outer walls in 1969 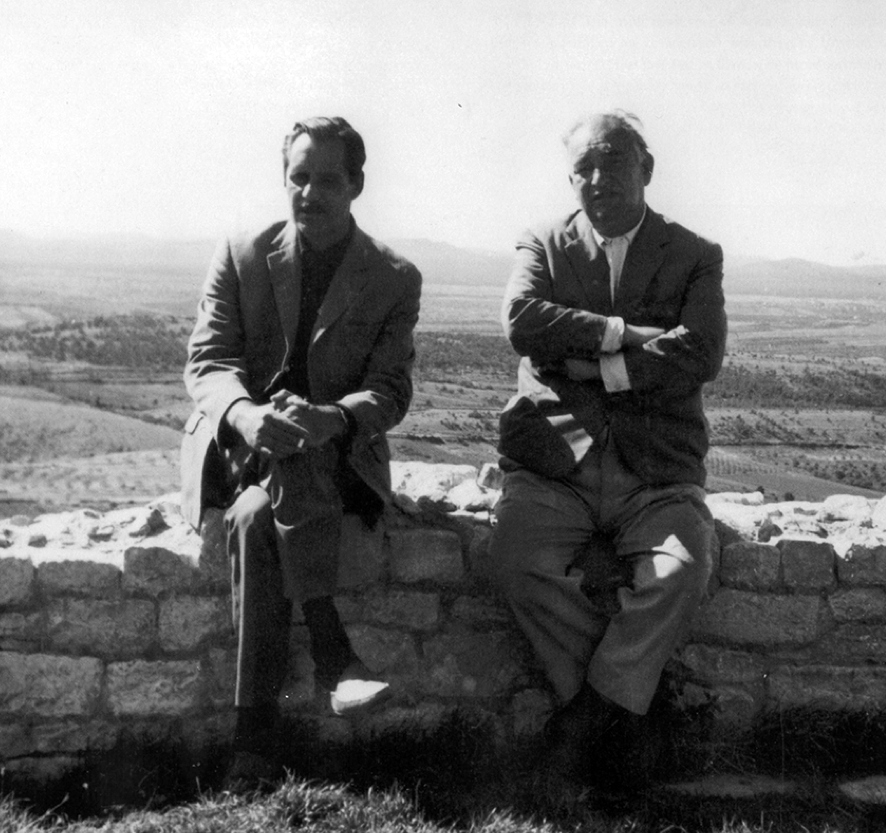 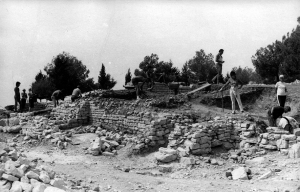 Excavation of Roman buildings in the Tjeme area, in 1985