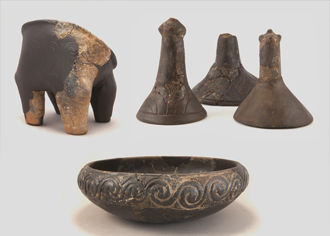 Neolithic vessel and cult requisites from Krivače, at the foot of Bribirska Glavica 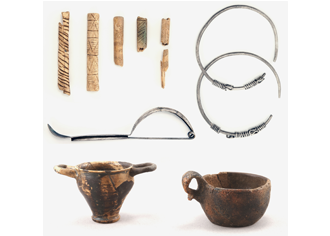 Funerary objects found in a Liburnian period grave excavated along the old access road, on the southern lower slope of Bribirska glavica. The bone objects might be the remains of a musical instrument (perhaps pan flutes). Fine imported painted vessels were retrieved alongside coarse local pottery, hinting to an economic model in which importation played an important role 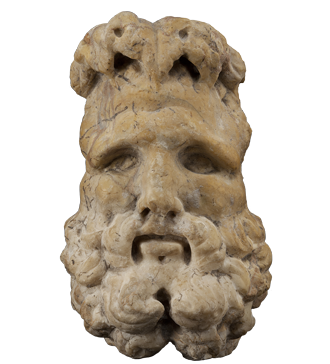 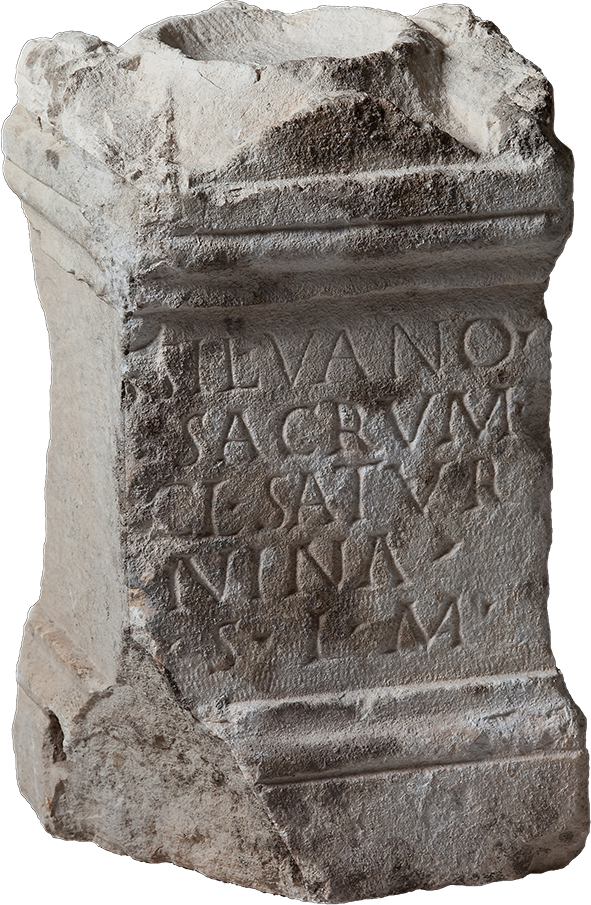 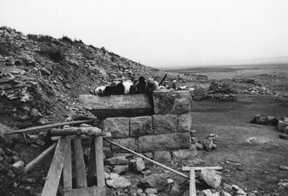 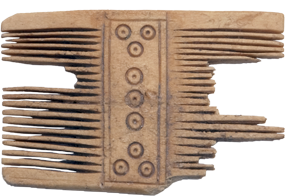 Solidus minted under Justinian I 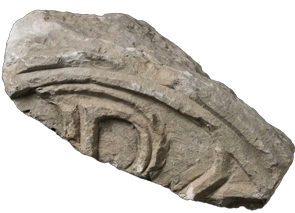 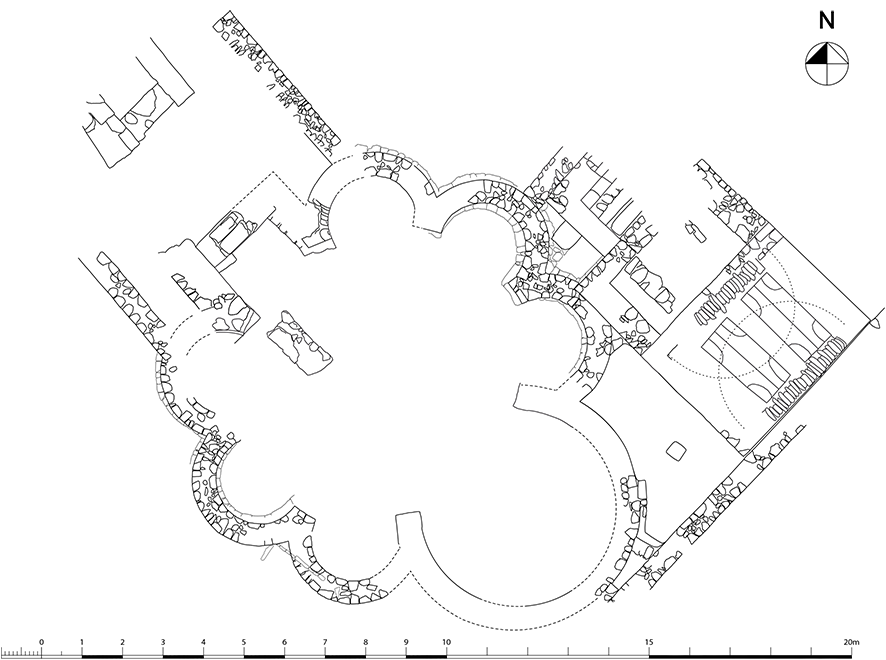 State of the rotunda church c. 600 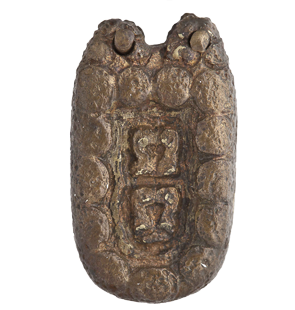 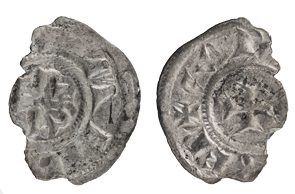 Fragment of a silver coin minted under Charlemagne; 793-812 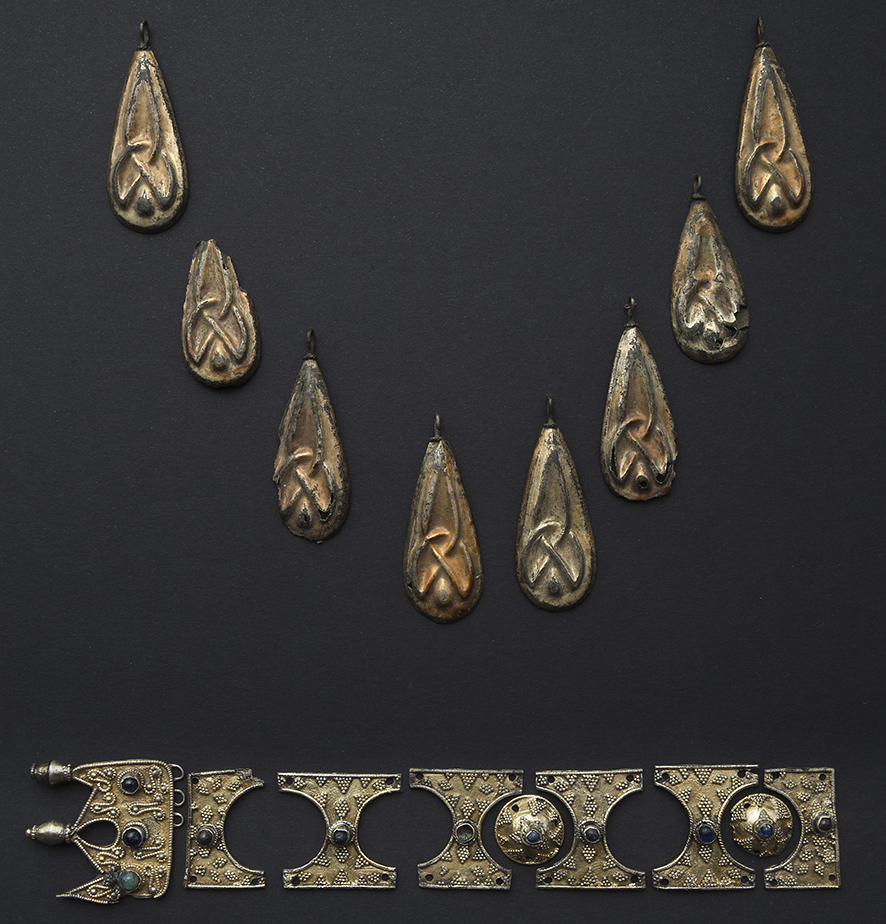 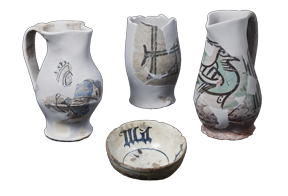 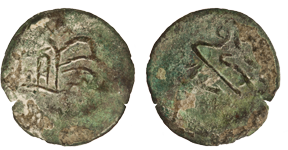 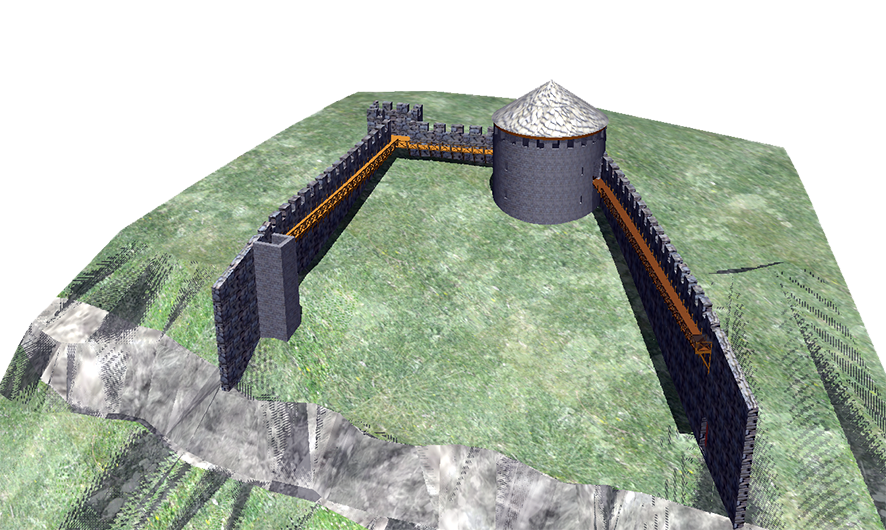 Reconstruction of the Turkish-Venetian fort